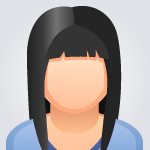 Jennifer Bardorf
We hired Doug and his team to demolish an existing concrete landing & stairs and build/install new bluestone steps & walkway, a second walkway plus ~50\' retaining wall. Upon our first meeting with Doug, he spent a significant amount of time with us discussing our project and conveyed knowledge and professionalism. Doug\'s team, Welvis and Diego, were prompt and professional and did an excellent job. They were kind and pleasant to have working at our house. They were responsive to our questions and requests even when it added time to the job. We felt like Doug genuinely wanted us to be happy with their work- which we are. We recommend Doug and his team 100%!
Was this review helpful? 6 0 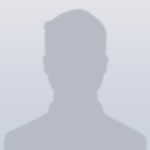 Jim Grogan
Doug and his crew did a fantastic job cementing and refinishing my patio..Highly recommend.
Was this review helpful? 3 0 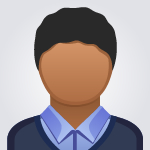 Mazdak Tootkaboni
Douglas Pacheco is definitely a 5-star mason you can trust. He is very polite, courteous, punctual, and above all, very knowledgeable. I hired him to build a stone wall in my backyard. He listened to me carefully, examined the stone wall that I had on my house and recommended a Connecticut white line stone wall with blue stone caps that turned out to be a beautiful piece of work. He was such a pleasure to work with that I asked him to rebuild the landing in front of my house as well. Douglas takes pride in his team’s craftsmanship and is constantly in touch with throughout the process. He is also very accessible. In fact, when his team left I noticed that I needed him to come back and take a look at something. I texted him and boom! He responded immediately saying he would stop by shortly which I know he will. I plan to hire them again next year to re-do my walkway. 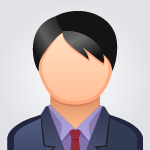 Ted Pearlman
Did a great job redoing back patio and new granite steps in front and back.
Was this review helpful? 3 0 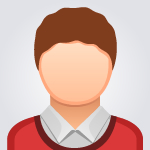 Jill Woods
Great work! Well done on time and within budget!
Was this review helpful? 1 0

Irina Scanlon
I have owned my house for almost 20 years and over the years there have been all sorts of contractors doing various job. I can honestly say that I have never seen anybody as hard working, professional, punctual and good at what they do as these guys. Their respect for my personal property was EXCEPTIONAL. Nothing was moved out of place, nothing got damaged, no plants were destroyed. They were so carerfull working arround mytmy many gardens. They even moved all remaining pavers BY HAND to the back yard, cleaned everything so we\'ll that you could not even tell that anybody was here doing work - there was no drop of anything left behind. I can not say how impressed and pleased I am with the work they did. I wish I met Douglas 15 years ago . Amazing guys, highly recomend them to everybody that wants to enjoy a quality product for a good price and done on time. Thank you Douglass.
Was this review helpful? 3 0

Scott Denham
We recently had Pacheco Masonry repair/upgrade our front steps with granite risers, sides and landings. We also replaced our asphalt walkway with pavers.

Douglas and his crew did a tremendous job. We are very satisfied with our overall experience. From the initial discussion/quoting through scheduling and job execution we experienced professional, courteous and knowledgeable workers.

The craftsmanship was superb, the outcome was as expected with no surprises on the promised timeline.

We would not hesitate to recommend Douglas to others.
Was this review helpful? 9 0

Steven Kan
Doug and Carlos were fantastic! Showed up on time, completed our project on budget and on time. The quality is great, they really paid attention to the details and we are very happy! I would and have recommend.
Was this review helpful? 8 0 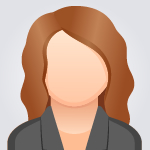 Devika Ghedia
Doug and his team were awesome to work with. We love our new patio. Doug provided great recommendations throughout the project. Very accommodating and quick response w. quotation and installation. Would definitely recommend them. Thanks
Was this review helpful? 6 0

Larissa Tameirao
I Highly recommend Doug and his team
Was this review helpful? 2 2

Joseph Rose
I had a patio put in about a month ago by Pacheco Masonry. He was very responsive to texts and questions. Him and his employees did a great job. The patio came out better than I expected and he did it for a very reasonable price. I recommended him to my mother, and he is going to be fixing her current patio for her since she was impressed with the work he did at my house. Thank you!
Was this review helpful? 5 0

Marnie Breton
Doug and his team are outstanding professionals. Doug came to evaluate our needs and had excellent ideas on how to solve them. He was responsive and sent us a quote within a few days. He started the work on time and finished faster than expected. We are thrilled with the design and quality of work. I couldn’t recommend them more!
Was this review helpful? 4 0 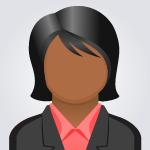 Angela He
We hired Pacheco Masonry to expand our patio during the beginning of Covid. Douglas was very responsive and gave us a quote we can\\\'t refused. They were very professional and Welvis who did the stone work helped us with the design. We love our patio and has been using it every day!! We definitely recommend Douglas and his team.
Was this review helpful? 3 0

Rob Peterson
Without hesitation, I would give Doug my business again! He and his team rebuilt our brick walkway and built new front steps. Doug\\\'s an excellent communicator (he actually responds to emails and texts in a timely manner) and has creative design ideas. The quality of D Pacheco Masonry\\\'s work and their attention to detail are impeccable—upon completion of the project, they mulched the edges of our garden beds that had been disturbed! Finally, Doug\\\'s just an all around nice guy and a pleasure to work with.
Was this review helpful? 5 0

Roberta Araujo
Why 5 stars? It is so pleasurable to work with someone who shows up when they say they will and will do the work requested. Douglas did everything he said he would, was timely, a gentleman to work with. I highly recommend him to anyone who needs masonry done. Excellent job! I am very happy . Definitely will work with him again .
Was this review helpful? 3 0

Erica and Josh Kaswell
Can\\\'t say enough good things about Doug and his crew. From the estimate to the final product, so incredibly easy to work with and he did everything he said he would. Honest and hardworking! I absolutely LOVE my new patio and can\\\'t wait to sit out there all summer!!
Was this review helpful? 4 0

Kevin Hensley
Douglas and his crew went above and beyond the call of duty with our project. The patio they created was perfect, better than expected, with some nice touches that we never would have thought of. We felt that Douglas and his crew wanted a nice finished project as much as we did. Highly recommended!
Was this review helpful? 1 0

James Grogan
Had Doug and his crew over to refinish and cement backyard patio, and everything was done professionally and on time..Highly recommend.
Was this review helpful? 1 0

Gloria Lara
I was very happy with Doug and his team. Their work was impeccable and beautiful. He was honest and reasonable in his estimate, he started when we agreed and was effective in completing the job. He was flexible when we needed to change the material and the start date and he helped me find a good carpenter to do my deck on top of the patio he built . He also suggested some beautiful lighting in our new deck and patio steps. Doug and his team are wonderful and I would definitely recommend them and use them again.
Was this review helpful? 2 0

Brendon Campbell
Very happy with the work dpachecomasonry did at my house. Douglas is professional, affordable, and reliable. Would definitely use him again!
Was this review helpful? 3 0
1 2 3